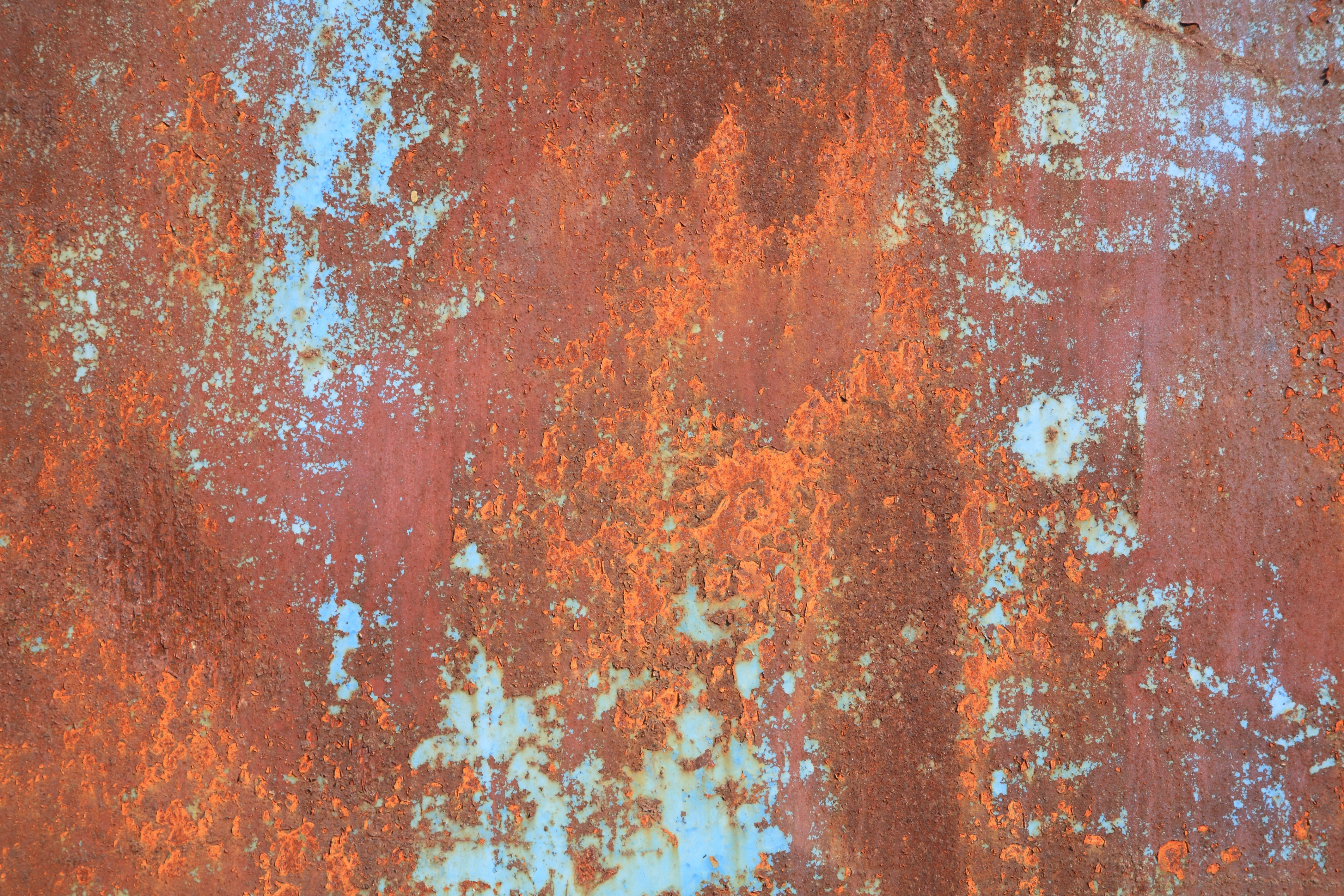 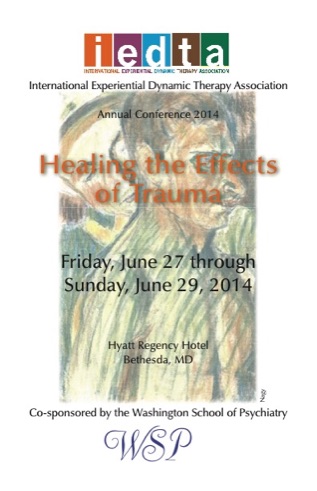 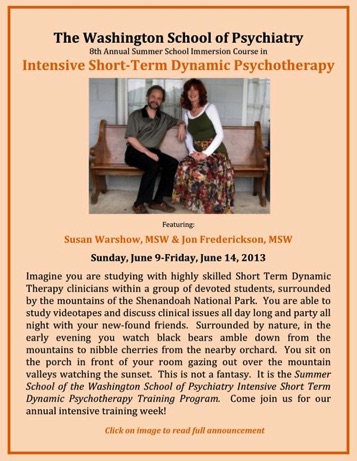 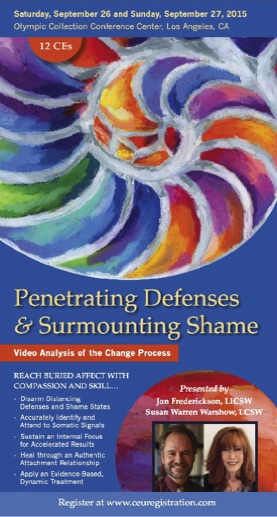 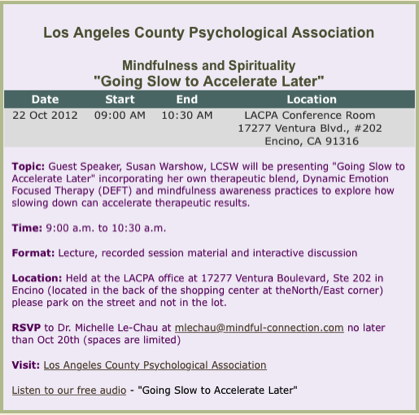 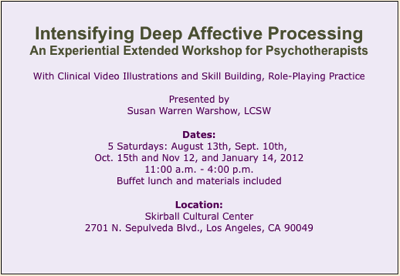 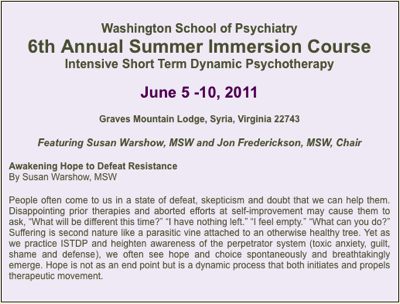 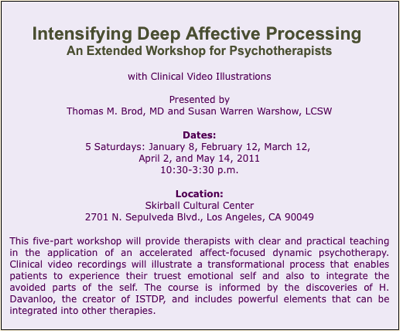 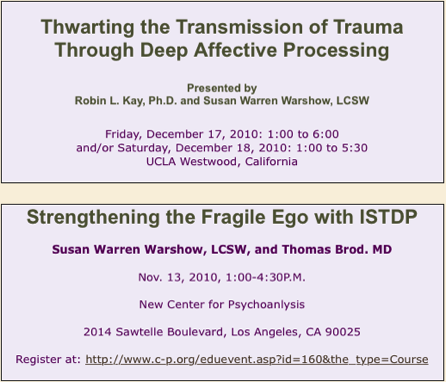 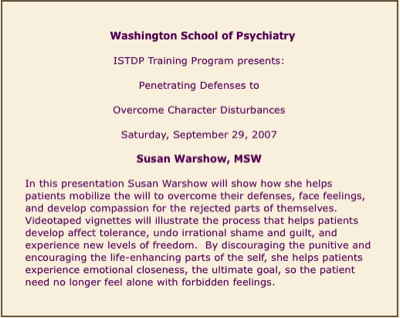 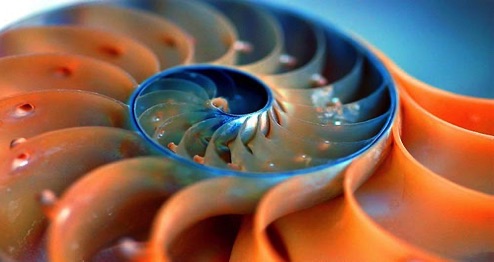 “It's never too late for love.”

Is it possible to change entrenched patterns late in life? We will explore this question in the case of a neurosurgeon in his 80s who sought treatment after several unsatisfactory attempts to cure his chronic depression and anxiety, with frequent suicidal ideation for twenty-five years.

Therapists can fall victim to hopelessness just like those who seek our help, yet we will see that liberating the unconscious can mobilize healing forces at any age. Perhaps the most striking aspect of this work is the safety in the relationship that shame-sensitive skills create. Powerful techniques may backfire without a heightened awareness of the impact of specific verbal, non-verbal, implicit, and explicit communications.

This presentation will demonstrate how 'shame sensitivity” helps to avoid ruptures in working with detachment and fragility, repression, denial, projection, and acting out. Sometimes work appears to flow seamlessly, but many factors can easily derail the process. This client verbalizes a new kind of closeness that develops between him and the therapist as trust deepens. He became able to face profound shame related to sexual addiction and cross-dressing. He also confronted his guilt over abandoning his dying wife and inflicting pain on his children. Unconscious memories surfaced that he had never discussed with anyone.

He initiated reparative conversations with his adult children and other estranged family members. He believed that self-awareness and acceptance, arising from the experience of self-compassion generated within the therapeutic relationship, made several life-altering changes possible.

Notable changes during treatment are as follows:

2.  He'd estranged himself from his brother and sister for several years due to lifelong withdrawal patterns, internalization, and detachment.

"I called my brother, and he was delighted to hear from me. Our discussion was the catalyst for me to do that. With many thanks for your guidance." He planned to visit him and to discuss feelings related to an early sexual incident with him. He also told his brother that he would not be giving him non-emergency money, a habit that had caused him to withdraw from his brother in the past.

Shortly after, he emailed me again: "I called my sister today also. All of this thanks to the Susan/Ron partnership!! I can't thank you enough, partner!!!"

3.  He'd been unable to retire, believing he would become invisible and feel diminished without the title of a neurosurgeon. Today his self-worth does not depend on this title. Therapy enabled him to move to a retirement community where he has new friends and remains active.

Shame expert, Susan Warren Warshow, creator of Dynamic Emotion Focused Therapy (DEFT), presents a video analysis of a treatment with a depressed man over a 9-month period. This is a recording of a 4-part webinar series and includes lecture, SESSION RECORDINGS & ANALYSIS, and Q&A with webinar participants.

When a client feels hopeless, it can be contagious. Susan Warren Warshow will introduce a three-step, robust framework, The Healing Triad, to orient therapists to intervene effectively when the winds of resistance, forces of shame and anxiety arise. Includes lecture, SESSION RECORDINGS & ANALYSIS.

Therapists often wonder how theory translates into practice. In this 4-part webinar series, shame expert Susan Warren Warshow explores familiar and formidable challenges as they present themselves in recorded sessions with real clients. She discusses and demonstrates her “shame-sensitive” approach to transcending the significant barriers to therapeutic healing, namely Shame, Anxiety, Guilt, and Self-protective Strategies (SAGSS). The therapist’s recognition of these obstacles does little good unless the client shares this awareness. This transformative approach allows clients to see how their trauma-based conflicts undermine their goals and create their symptoms, bringing unconscious material to consciousness.

The series will cover the following topics:

•     Igniting a Partnership for Change

•     When Feelings Frozen by Trauma Emerge